A case study of the redesigned in-game equipment menu system for elden rings.
UX RESEARCH · UI DESIGN · CASE STUDY
Elden Rings, is an open world, adventure, role-playing video game developed by FromSoftware and published by Bandai Namco Entertainment. The game was directed by Hidetaka Miyazaki and made in collaboration with fantasy novelist George R. R. Martin. Adored by millions of fans across the globe, players create their own characters to set forth the adventures that awaits them!
INTRODUCTION
Disclaimer:  I am not affiliated with FromSoftware's or Bandai Namco Entertainment in any capacity, nor do I own/claim any rights to this game. This is a passion project and only considers my own design decisions and research into account. It does not reflect any intentions or constraints experienced by the talented team at FromSoftware.
MY ROLE
THE TEAM
Tools
UX researcher, user testing,
UI designer
Solo project (myself)
Figma, Photoshop, Illustrator
Overview of the redesign process 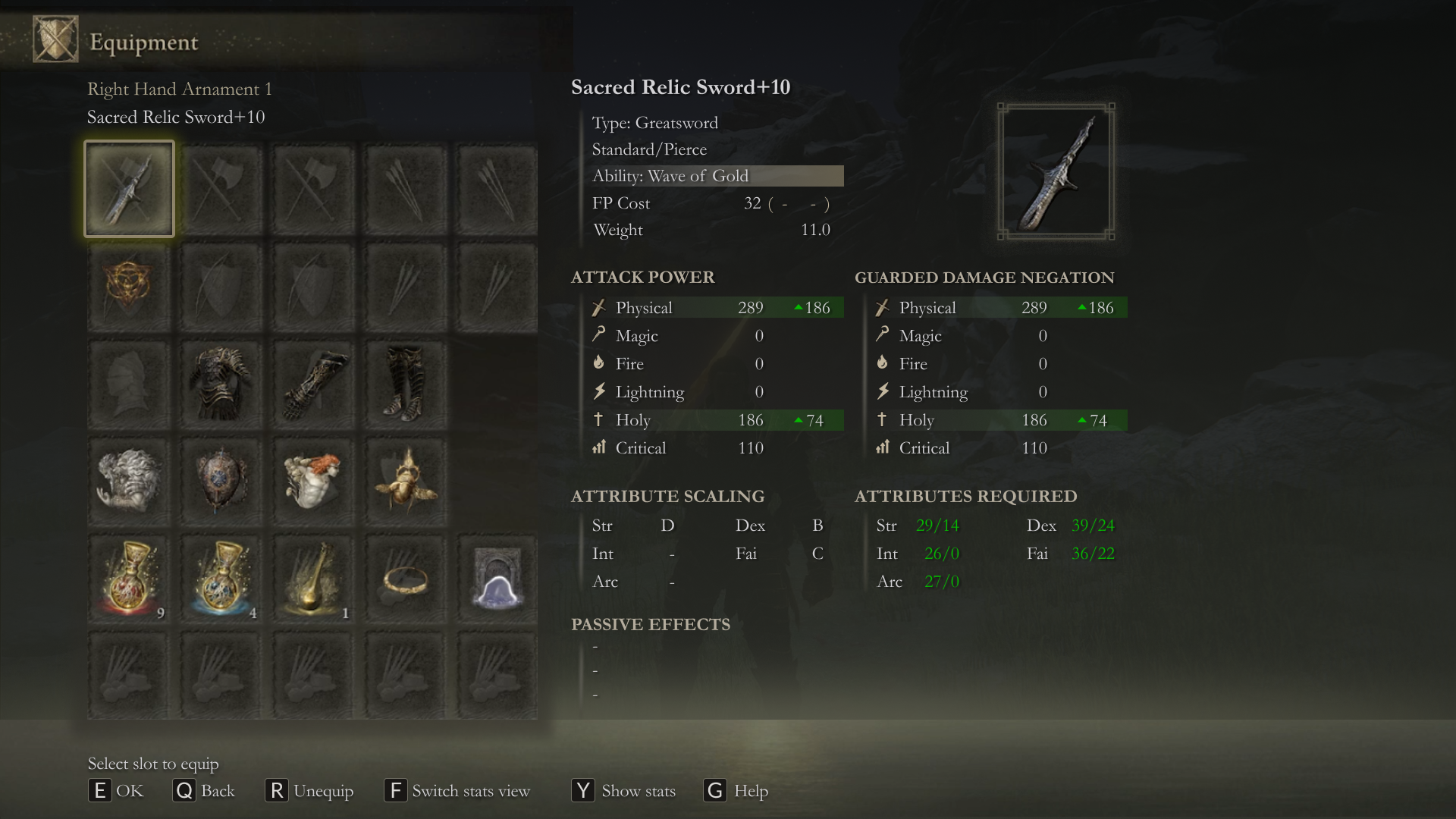 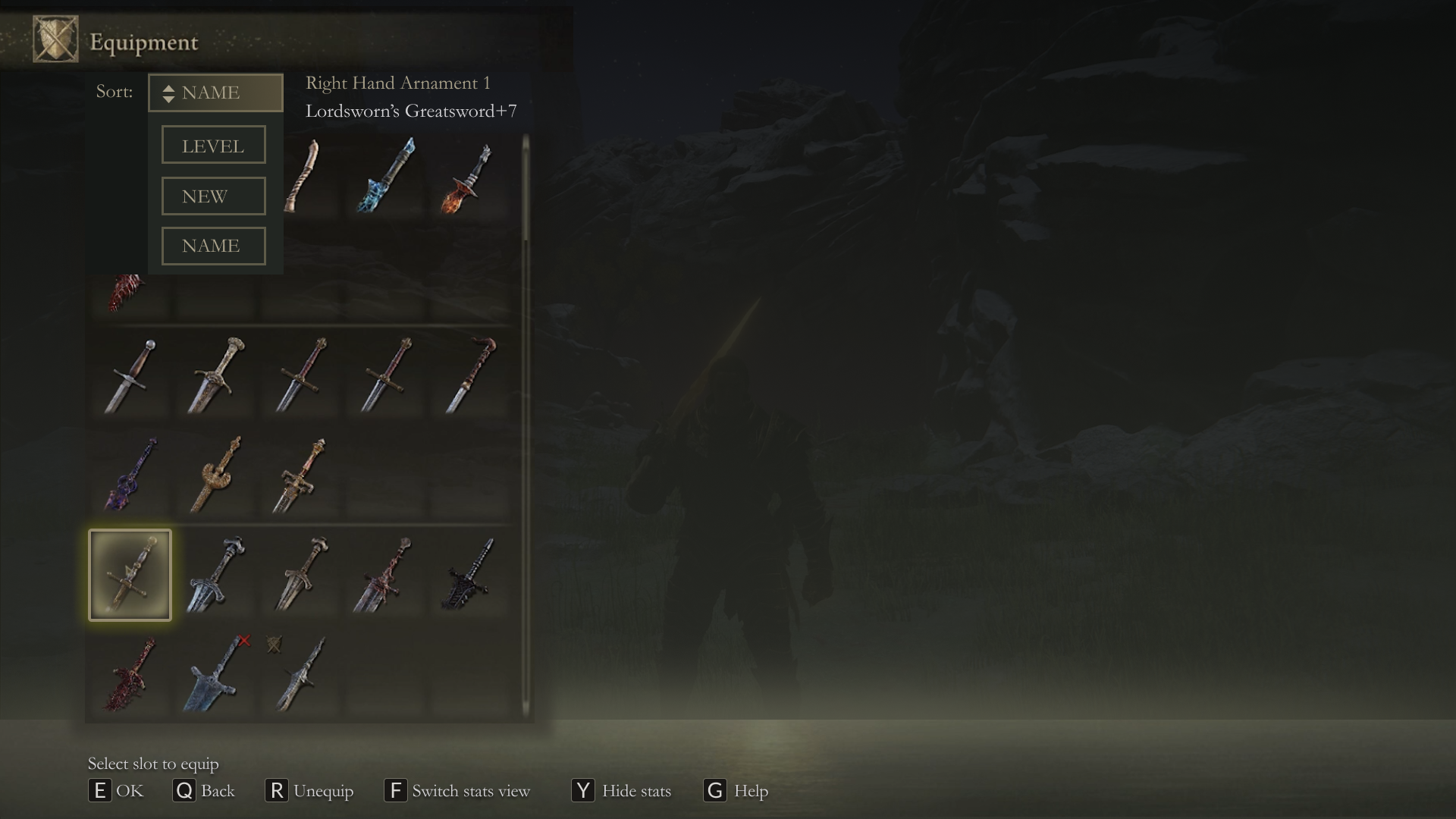 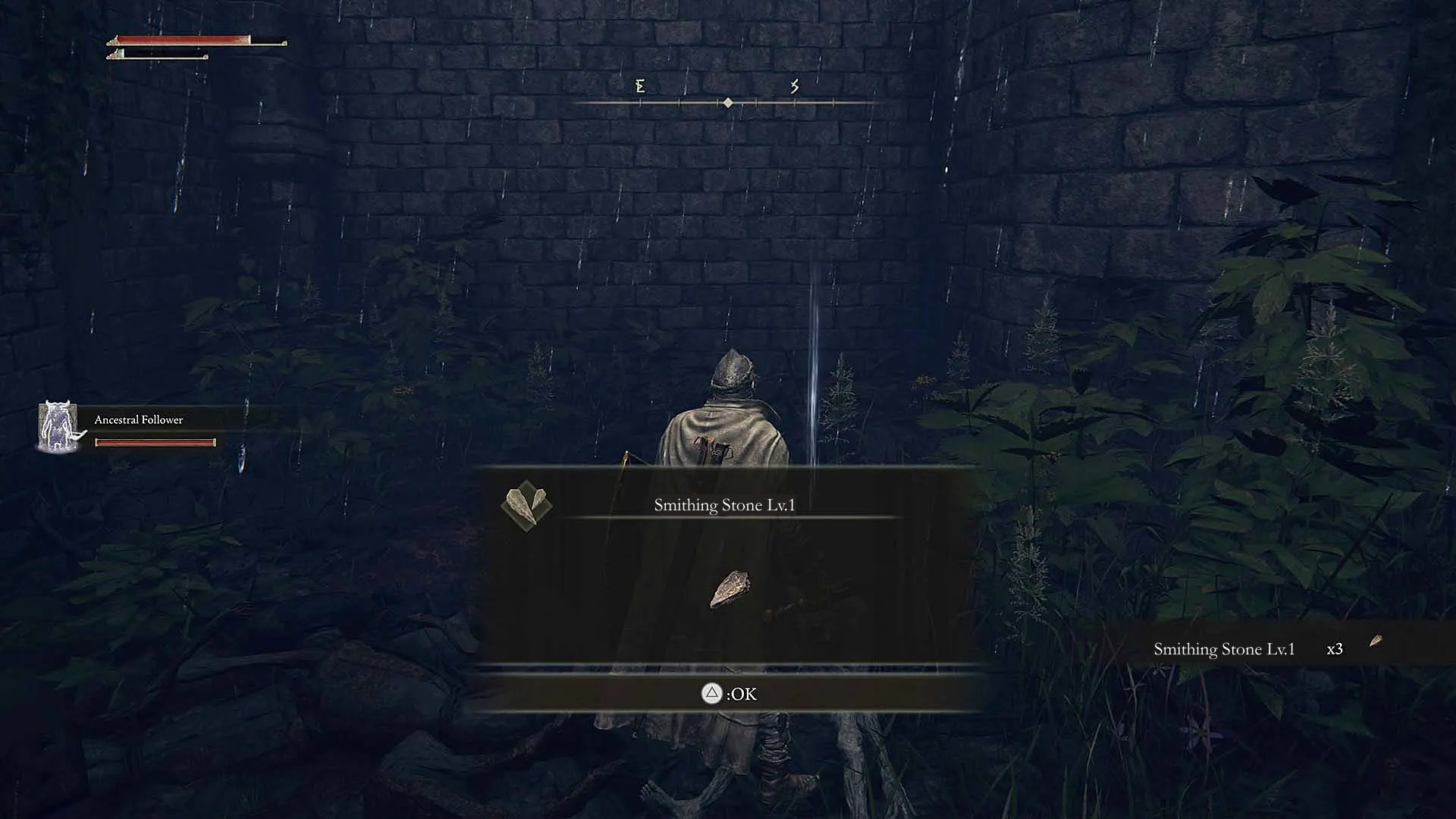 Updated UI modal for Smithing Stones
problem statement
Players found it difficult to understand the equipment menu information. Information within the menus are unclear and its content were indistinguishable from each other. 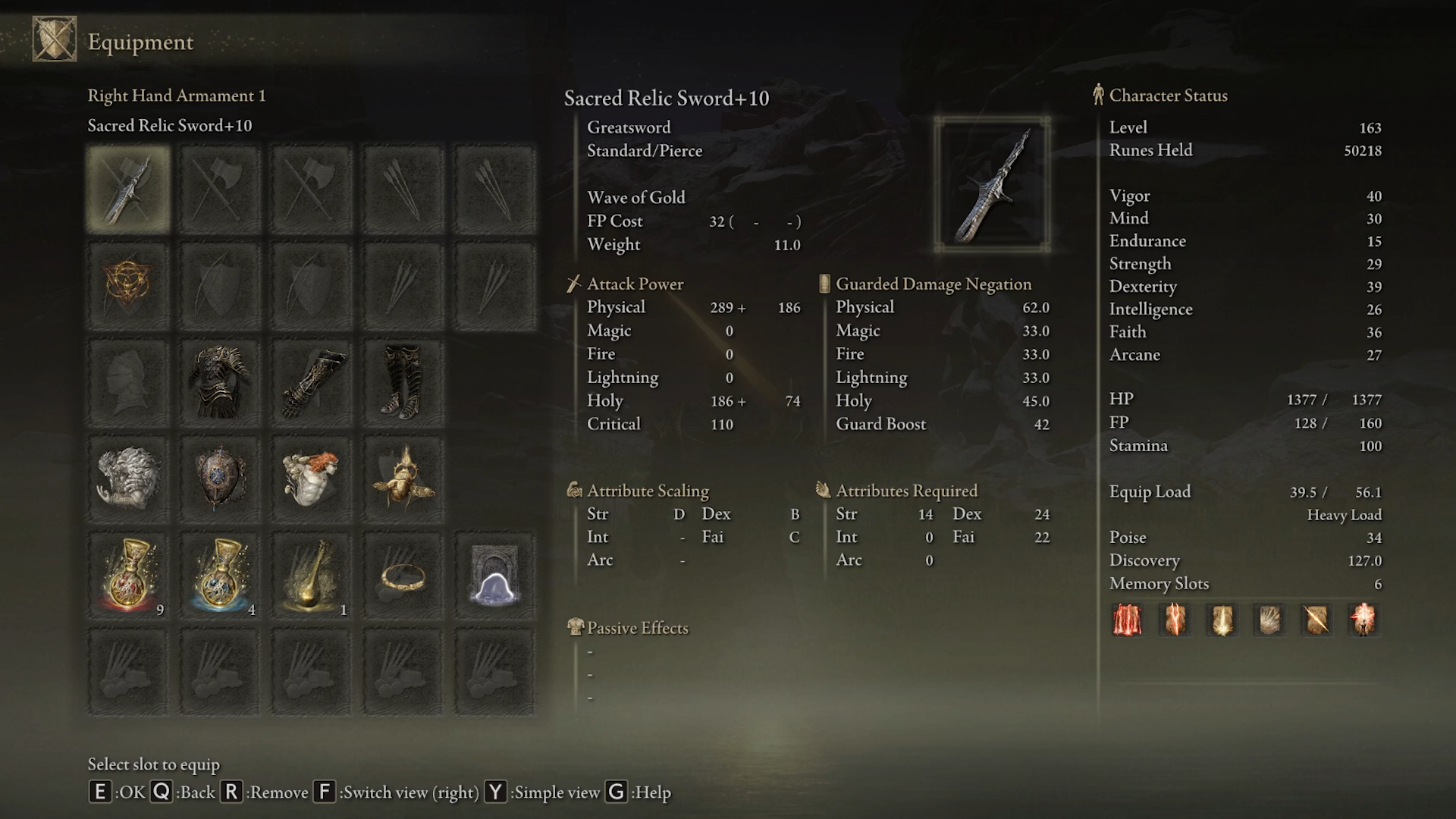 For reference, this image is Elden Ring's current equipment menu system.
Experienced and novice players find the menu system confusing and unintuitive.
Project Brief & Introduction
When I first began this project, there was a lot of vocal opinions on the overall user experience of Elden Rings. You may have seen the following posts circulating around Twitter, Reddit, and other platforms.

What I found interesting is that these comments that have been said about Elden Ring has been mentioned in previous From Software's titles as well. With that in mind, I took this opportunity to honor the vision of the developer's in creating and focusing on an immersive story-driven experience, but at the same time, improving aspects of the game that requires some UX attention.
During the early stages of this project, I set out to understand the users/players pain points. Gathering quantitive data from friends and players from various ranges of experience through user interviews and surveys.
🔎 user research phase
💡 KEY RESEARCH INSIGHTS
Sheer volume of information and hard to find information that is relevant
Menu is clunky and unintuitive, some actions aren't really clear to what they do
Difficult to navigate between items and weapons within the menu
Some items and weapons have numbers that have no indication to what they mean
Heuristical Analysis
After conducting user research, I booted up the game and collected screenshots of the game menu for a heuristical analysis. The purpose of which was to collectively view the menu screens and compare the quantitive user research data with the in-game menus. Here are some of the following insights I found.
The current equipment menu UI is information overload and even to a veteran FromSoftware player it can be tricky to navigate around, let alone a new player. 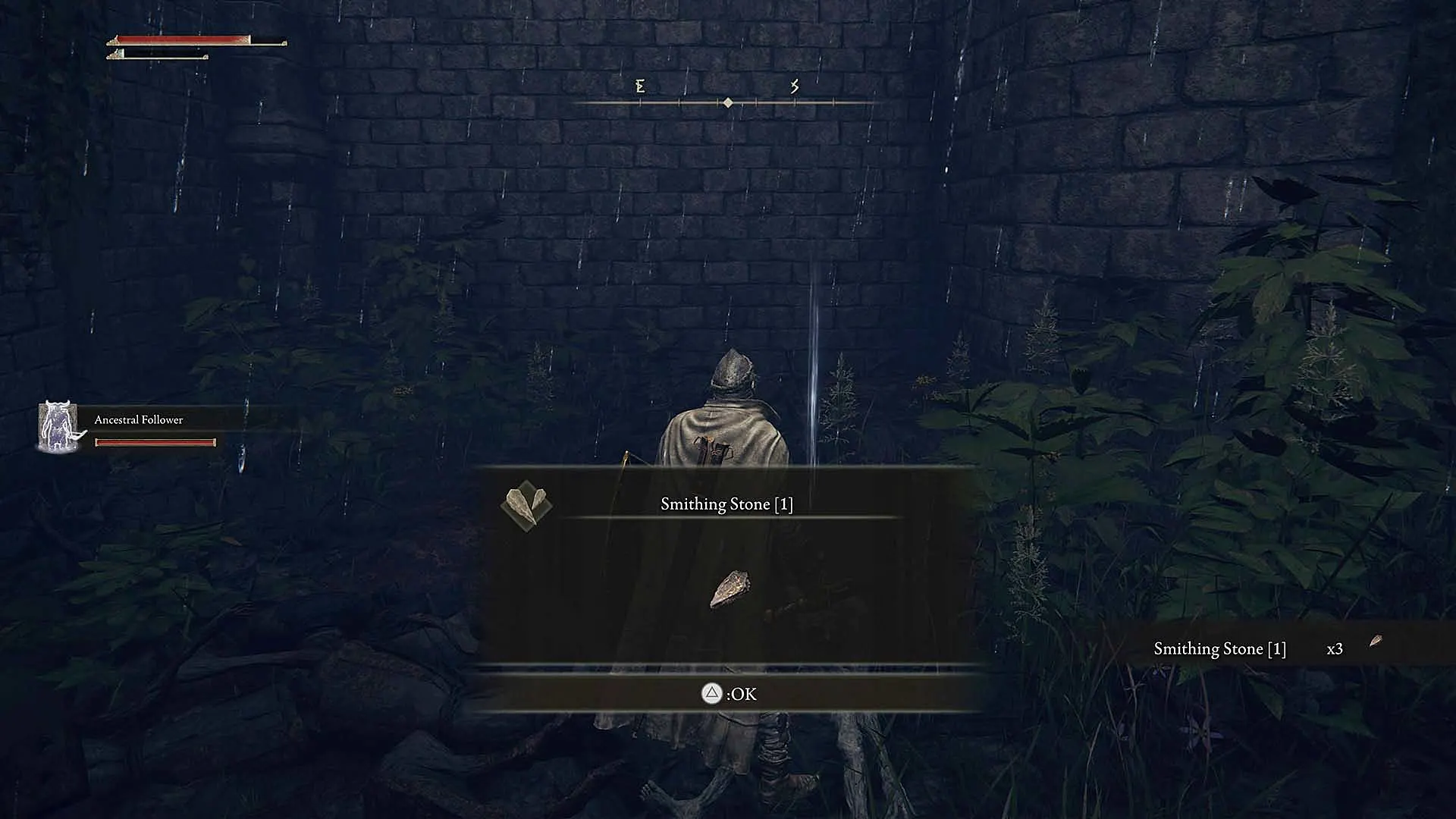 The buttons below, in particular the "Switch view (right)" and "Simple view" are ambiguous and not very clear.
Something that has been a reoccurring issue for players are the incoherent numbers next to "Smithing Stones". Players would confuse these numbers with the quantity of stones obtained, however this number ACTUALLY represents the quality and level of said stones.
💡 KEY AUDIT INSIGHTS AND UI DESIGN GOALS
1. Better information of items and weapons
3. Quick access to certain items and weapons within the menu system
2. Clear description of buttons and other actionable prompts
Shortly after the design audit, I looked into further research on Japanese UI practices. What I found was interesting and insightful
in designing the UI redesign of Elden Ring's menu system.
🔎 uNDERSTANDING JAPANESE UI DESIGN
💡 KEY INSIGHTS
Japanese writing system does not incorporate the same white spaces in between words as does in English
Japanese UI focuses on condensing information and showcasing relevant information everything all at once
Japanese websites tend to condense and tighten the UI by placing their pieces of information close together
Final High Fidelity Designs 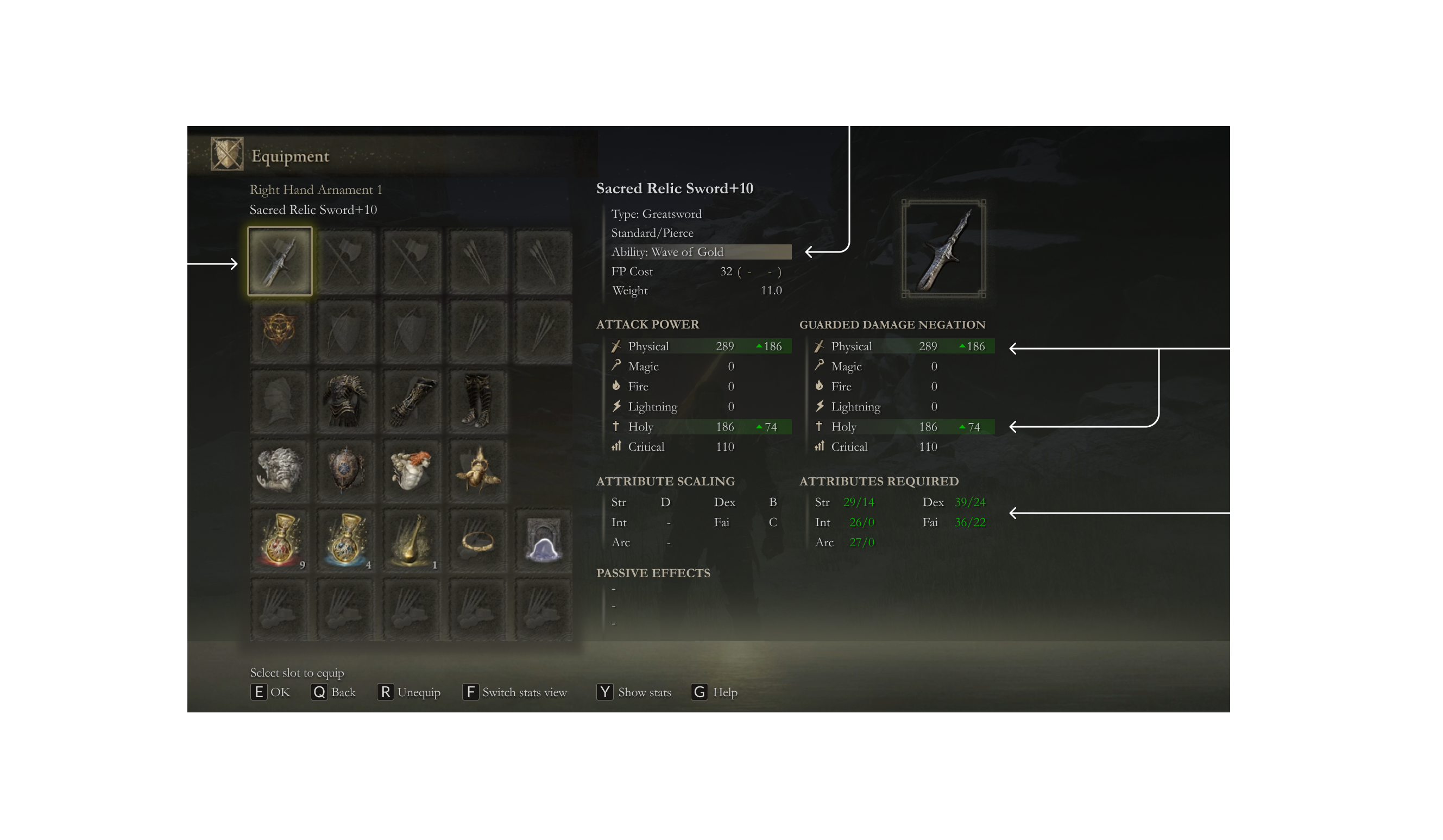 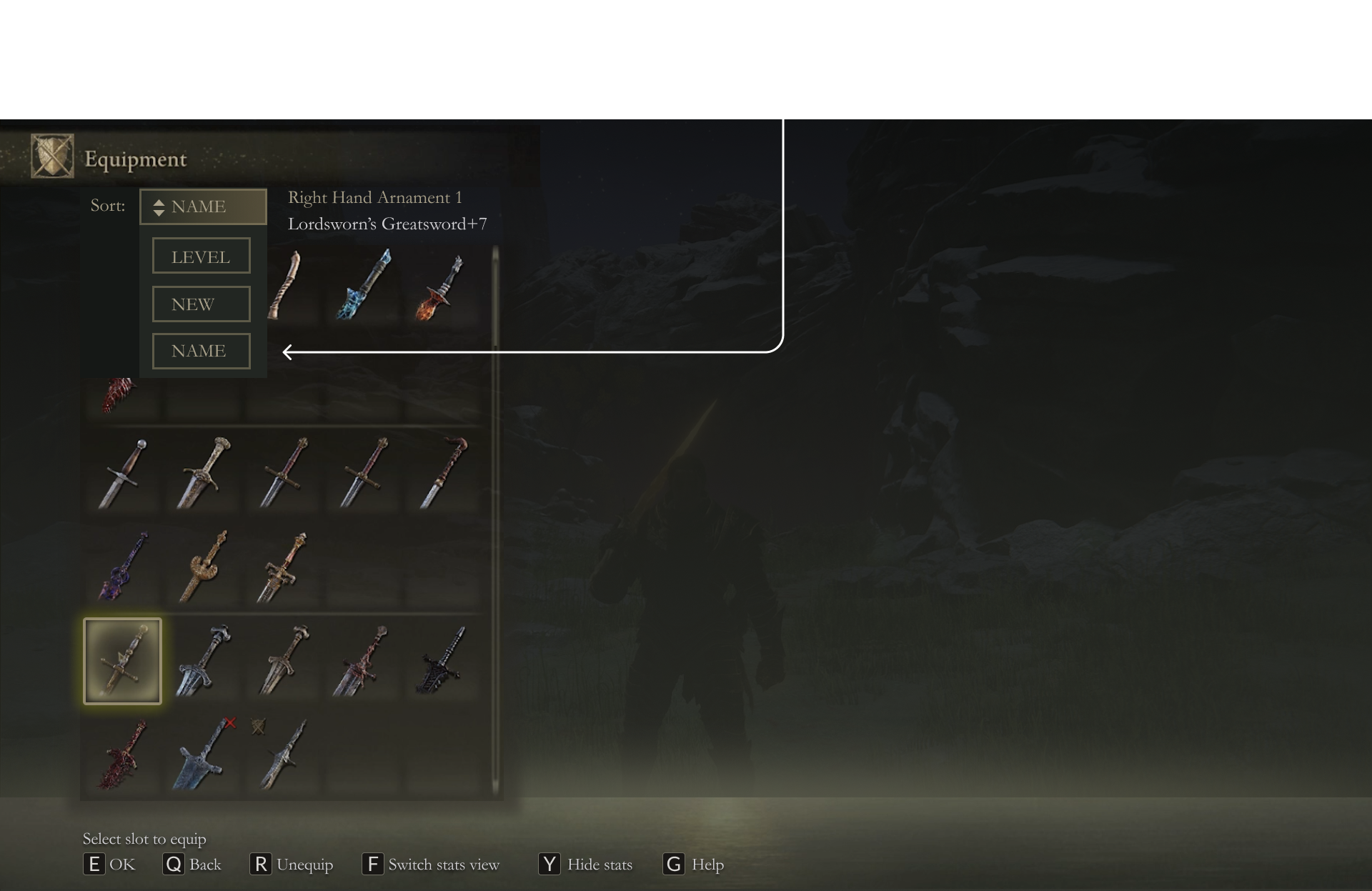 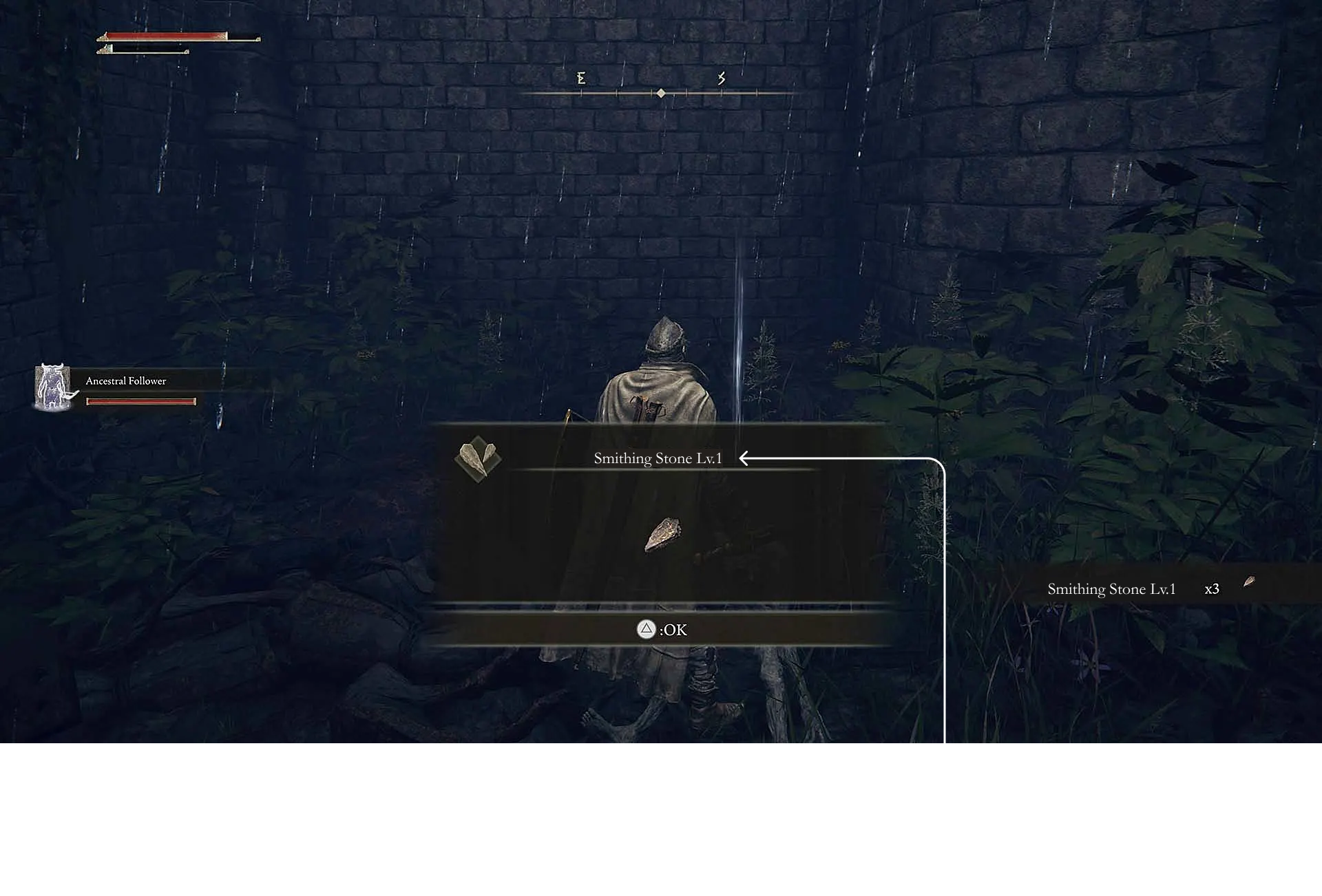 ‍Something that I wish I would've considered more heavily are edge cases. Considering such things as: if the player selects the "NEW" filter and they exit the menu and later returns to the same menu, would they still see everything under the same "NEW" filter? Edge cases are an important consideration the UX gaming world, as it allows transparency in what potential possibilities the players might encounter and how might we, as designers, accommodate and react to those actions to provide the smoothest and best gaming experiences possible.
Long story short, I am a new player in the world of Fromsoftware's amazing line of games, and they are known to be EXTREMELY difficult games (Dark Souls series). After spending about 100 hours playing and beating the game, I found myself reflecting on all the positive and negative aspects of the game. My two world collided, UX and gaming, and I decided to focus on researching and designing aspects that might improve the overall game!
Empathy matters:

Coming into this case study project, my goal was to sit down and find ways to make this amazing game even better. As a new player to the genre, I found it rather difficult to use the menu system. Watching youtube guides and reading online articles has informed me that player's attitudes towards the designs were rather laxed, most have stated the following, “that’s just classic Dark Souls” and "It's always been like that".

However, I believe that it's important to understand the developer's the creator's vision when designing Elden Rings. It was an utmost importance to me that I approached this case study project with an empathetic and understanding approach of all player bases as well as the intentions of the game's design.